This page is not official or personal. It was created by enthusiasts specially for fans. Subscribe and stay tuned. Profile pic credit: Hardcore History via dancarlin.com 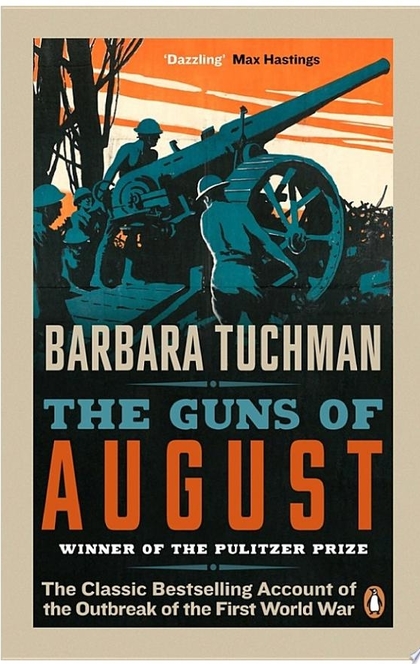 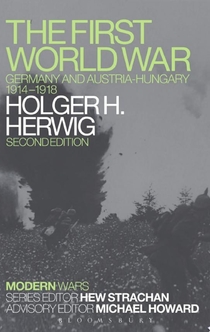 The Great War toppled four empires, cost the world 24 million dead, and sowed the seeds of another worldwide conflict 20 years later. This is the only book in the English language to offer comprehensive coverage of how Germany and Austria-Hungary, two of the key belligerents, conducted the war and what defeat meant to them. This new edition has been thoroughly updated throughout, including new developments in the historiography and, in particular, addressing new work on the cultural history of the war. This edition also includes: - New material on the domestic front, covering Austria-Hungary's internal political frictions and ethnic fissures - More on Austria-Hungary and Germany's position within the wider geopolitical framework - Increased coverage of the Eastern front The First World War: Germany and Austria-Hungary, 1914-1918 offers an authoritative and well-researched survey of the role of the Central powers that will be an invaluable text for all those studying the First World War and the development of modern warfare.
See all
Read here
0
Favourites 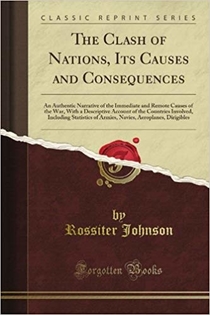 The Clash of Nations, Its Causes and Consequences 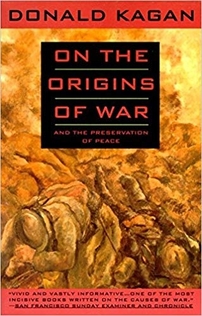 On the Origins of War and the Preservation of Peace

By lucidly revealing the common threads that connect the ancient confrontations between Athens and Sparta and between Rome and Carthage with the two calamitous world wars of the 20th century and the Cuban Missile Crisis, Kagan reveals new insights into the nature of war--and peace--that are vitally important and often surprising.
See all
Read here
0
Favourites 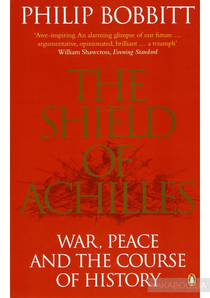 The Shield of Achilles: War, Peace and the Course of History 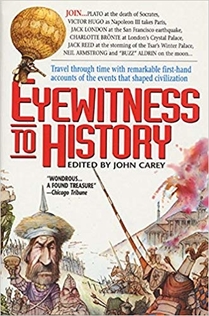 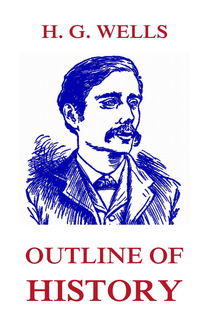 No book is provoking a more animated discussion among students of the social sciences at the present time than H. G. Wells' Outline of History. The author's task, as he himself sets it, is to tell, "truly and clearly, in one continuous narrative, the whole story of life and mankind so far as it is known today." But while these two volumes are plainly for the general reader rather than for the special student of history, it does not follow that they contain nothing beyond an endless parade of names and dates. Their chief value, indeed, is in the author's interpretation of what he writes about. Events are appraised and men are weighed in the balance as he goes along. Historians in general will not agree with some of these appraisals, nor will they credit Mr. Wells with an approach to infallibility in his judgment of the men who flit across his pages; but his estimates of the relative value of facts and forces can scarcely be brushed aside because they do not command general indorsement. On some matters, unhappily, Mr. Wells has allowed his iconoclastic proclivities to run away with him. Napoleon I, for example, cannot be disposed of as a second-grade "pestilence" because "he killed fewer people than the influenza epidemic of 1918" (II, p. 384); nor will the world believe, so long as it retains its senses, that Napoleon III was " a much more intelligent man" than his uncle (II, p. 438). Even the pinchbeck himself would have rebuked this insinuation. But when all is said, these two stout volumes embody a remarkable achievement. They contain astonishingly few historical inaccuracies of the customary type. The author's advisers, and a competent galaxy of scholars they are, have kept him clear of the pitfalls. The style is terse and forceful. Mr. Wells certainly has the gift of cogent exposition.
See all
Read here
0
Favourites 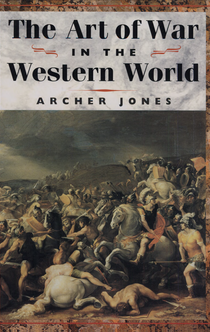 The Art of War in the Western World

"The magnum opus of one of America's most respected military historians, "The Art of War in the Western World" has earned its place as the standard work on how the three major operational components of war - tactics, logistics, and strategy - have evolved and changed over time. This monumental work encompasses 2,500 years of military history, from infantry combat in ancient Greece through the dissolution of the Roman Empire to the Thirty Years' War and from the Napoleonic campaigns through World War II, which Jones sees as the culmination of modern warfare, to the Israeli-Egyptian War of 1973".
See all
Read here
0
Favourites 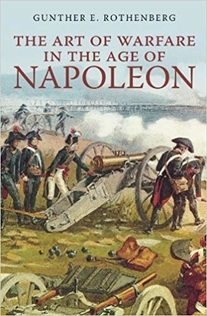 The Art of Warfare in the Age of Napoleon

"... a most illuminating and readable general survey.... This book is well organized, well produced, and well written. It belongs among the ten most useful books on this period to the historian and... to the general reader." -- American Historical Review"This splendid volume fills a gap in the vast outpouring of literature on the military aspects of the era of the French Revolution and Napoleon by combining a description of the major changes and trends of warfare with a comparative discussion of the French military establishment and the armies of its major opponents.... As another contribution to 'synthetic' history, it is a very successful exercise." -- Military Affairs"... a splendid little study which will be of considerable interest both to the general student and specialist.... [it] fills a definite need for a survey of the military developments of the period and one can learn a great deal from a close reading of it." -- History"A clear, lively, and well-produced survey that relies upon the best scholarship of several languages.... " -- Library JournalIn a comprehensive study of a crucial era in warfare -- from the last decades of the ancient rÃ©gime to Napoleon's defeat at Waterloo -- Rothenberg describes the organization, training methods, equipment, tactics, and strategy of France and its adversaries. He also explores staff systems, logistics, fortifications, medical services, and insurgency and counterinsurgency.
See all
Read here
0
Favourites 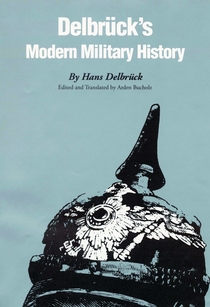 The period 1866–1920 saw the rise and ruin of imperial Germany, and Hans Delbrück (1848–1929) reported on the events of those years from a uniquely privileged position. A professor of history at the University of Berlin, editor of the Prussian Annals—the most famous journal of political commentary of his day—and a delegate to the Paris Peace Conference, he also moved among political, cultural, and military elites. Delbrück pioneered the techniques of modern military history, studying tactics and technology as well as the social, political, and economic context of military operations. His four-volume History of the Art of War is a classic of German and military history. This volume reveals the tension between Delbrück’s patriotism and his scholarship, which helped him to recognize German military failings. The twenty-four readings, comprising letters written to his mother while he served in the Franco-Prussian War of 1870 and essays, reviews, commentaries, and speeches on military figures, historians, and events through World War I, show his talents as a historian and political commentator. Arden Bucholz’s introduction and headnotes illuminate the context of Delbrück’s life and work.
See all
Read here
0
Favourites 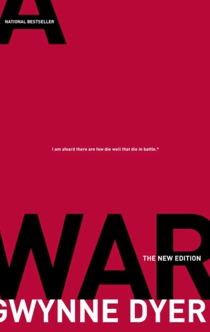 A new and revised edition of Dyer’s classic book, widely regarded as one of the most compelling analyses of the history of armed conflict.“War is part of our history, but it is not in at all the same sense part of our prehistory. It is one of the innovations that occurred between nine and eleven thousand years ago when the first civilized societies were coming into being. What has been invented can be changed; war is not in our genes.”With this provocative statement, Gwynne Dyer launches his brilliant discussion of the history and nature of war. He traces the growth of organized warfare through history, showing conclusively that the basic tenet has remained unchanged — war is an act of mass violence applied against an enemy so that he will do what you want him to do. The only real change has been technological, permitting us to make war on a mass scale.At the height of the Cold War, just such a global conflagration seemed almost inevitable. But the collapse of the Iron Curtain and the ensuing political changes have forced a re-examination of the accepted fundamentals of history. Will open access to the channels of mass communication create enough shared values that we can move beyond mass warfare? Is the threat of terrorism a red herring designed to preserve the military status quo? Are our traditional military and administrative hierarchical structures still relevant?Now, more than ever in our post–September 11 world, we need Gwynne Dyer’s expertise to understand the greatest and most human drama — the act of war.Excerpt from WarThe Siamese twins, army and state, have never been separated since they were born some eight or nine thousand years ago — and most of the time the state is the stronger of the twins. Armies exist to serve the interests of the state that owns them and their legitimacy comes solely from the fact that they belong to states; similar groups of armed men, if self-employed, are generally known as rebels or bandits. This is the context in which warfare, as opposed to casual and illegitimate violence, must be seen: it is something states do, and have always done, because they believe it serves their interest.
See all
Read here
0
Favourites 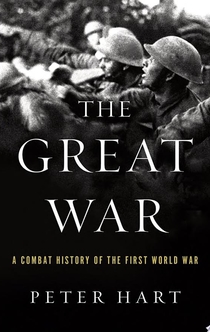 World War I altered the landscape of the modern world in every conceivable arena. Millions died; empires collapsed; new ideologies and political movements arose; poison gas, warplanes, tanks, submarines, and other technologies appeared. "Total war" emerged as a grim, mature reality. In The Great War, Peter Hart provides a masterful combat history of this global conflict. Focusing on the decisive engagements, Hart explores the immense challenges faced by the commanders on all sides. He surveys the belligerent nations, analyzing their strengths, weaknesses, and strategic imperatives. Russia, for example, was obsessed with securing an exit from the Black Sea, while France--having lost to Prussia in 1871, before Germany united--constructed a network of defensive alliances, even as it held a grudge over the loss of Alsace-Lorraine. Hart offers deft portraits of the commanders, the prewar plans, and the unexpected obstacles and setbacks that upended the initial operations. He concentrates on the Western and Eastern fronts, but also pays attention to important peripheral events, such as the war at sea, the fighting in Mesopotamia and Palestine, and the Italian front. In the Great War, for the first time, warfare ceased to consist of armies hunting for each other across the landscape and meeting in brief, decisive battles; now continuous lines stretched from the Channel to the Alps, from the Alps to the Adriatic. Hart also examines the changing weapons and tactics, from pioneering British tanks to Germany's devastating infiltration techniques. In the final analysis, Hart argues that France provided the bulwark of the forces and determination that defeated the Central Powers, but Britain tipped the balance, with the crucial help of American intervention. Coming just in time for the centennial of 1914, The Great War provides the definitive one-volume account of the twentieth century's defining event.
See all
Read here
0
Favourites 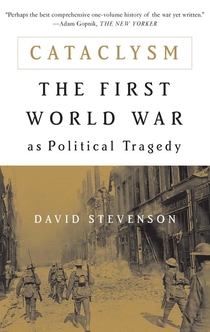 David Stevenson's widely acclaimed history of World War I changes forever our understanding of that pivotal conflict. Countering the commonplace assumption that politicians lost control of events, and that the war, once it began, quickly became an unstoppable machine, Stevenson contends that politicians deliberately took risks that led to war in July 1914. Far from being overwhelmed by the unprecedented scale and brutality of the bloodshed, political leaders on both sides remained very much in control of events throughout. According to Stevenson, the disturbing reality is that the course of the war was the result of conscious choices—including the continued acceptance of astronomical casualties. In fluid prose, Stevenson has written a definitive history of the man-made catastrophe that left lasting scars on the twentieth century. Cataclysm is a truly international history, incorporating new research on previously undisclosed records from governments in Europe and across the world. From the complex network of secret treaties and alliances that eventually drew all of Europe into the war, through the bloodbaths of Gallipoli and the Somme, to the arrival of American forces, and the massive political, economic, and cultural shifts the conflict left in its wake, Cataclysm is a major revision of World War I history.
See all
Read here
0
Favourites 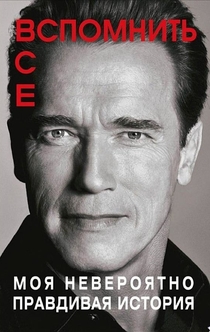 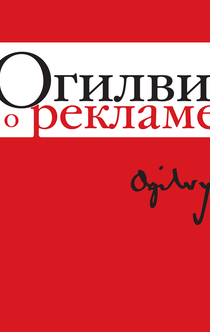 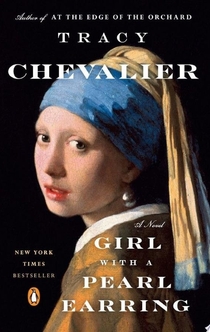 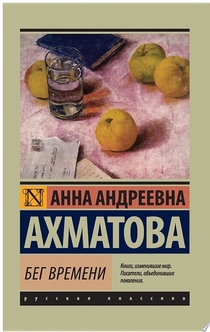 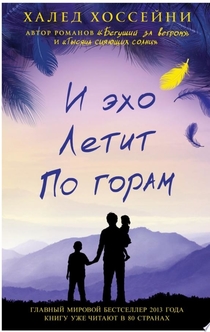